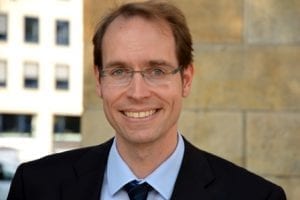 Martin Heitmüller was admitted to the bar in 1999 and is also a Maître en Droit – Droit des Affaires. He specializes in civil and commercial law, mainly in distribution. At Herfurth & Partner, he is in charge of the country department for France.

Attorney Heitmüller has gained experience in several well-known law firms in Paris and Hanover and has also worked in his own practice. In commercial law, his focus is on sales, primarily to dealer relationships, commercial agents and license agreements in countries such as France, Sweden, England and China. Among other things, he deals with commercial agent settlement claims and warranty proceedings for companies in various industries.

Martin Heitmüller has been active in German-French legal relations for 20 years. He has been on the list of French-speaking lawyers of the French Embassy in Berlin for many years. For this purpose, he is in charge of French court proceedings in cooperation with French lawyers. In civil law, he focuses on German-French inheritance cases and family law mandates, both within Germany and in relation to German-French law.