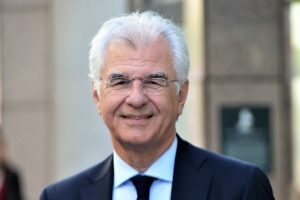 Ulrich Herfurth has been working as a lawyer in Hanover since 1986 and has been admitted to the bar in Brussels since 2001. He is founder and managing partner of the law firm HERFURTH & PARTNER, founded in 1990.

He specialises in national and international corporate law and is also specialised in the areas of company formation, company acquisitions, shareholdings, corporate structure and corporate succession. He has advised and advised on over a hundred transactions in a wide variety of industries, in particular structural change in family businesses and acquisitions and shareholdings. He was Chairman of the Supervisory Board of the listed Kali Chemie AG in Hanover for several years.

Ulrich Herfurth has focused the firm from the outset on internationality in order to support medium-sized companies in the development of their foreign business. To this end, he built up the firm on a multinational basis, with lawyers and lawyers from more than 12 countries and corresponding language skills. Herfurth & Partner has accompanied sales, technology and investment projects in many countries around the world, including Western and Eastern Europe, the USA, Latin America, the Middle East, India, China, Japan, Southeast Asia and South Africa.

Ulrich Herfurth is co-founder and chairman of the ALLIURIS Group with 20 business law firms in Europe, USA, Brazil, Russia, China and India. The group cooperates closely and trustfully in all important areas of business law.

Herfurth is founder and publisher of the information service CASTON. He has published numerous publications on national and international law, such as “Business Practice in Europe”, “Real Estate Acquisition in Europe”, “Real Property in Europe”, “Legal Framework in China”, “Company Acquisition Practice”, “Company Succession Practice” and others. In recent years, he has expanded the field to include the technological challenges of digitalisation, e.g. with “Industry 4.0 in Key Points”, “Industry 4.0 in the Legal Framework” and “Artificial Intelligence and Law”.

The special proximity to family businesses is based on early own successful entrepreneurial experience during the study time in the area of project development and general construction in Göttingen. Since then Herfurth has been involved in the association DIE FAMILIENUNTERNEHMER , for many years as its regional chairman in Lower Saxony, now as chairman of the Federal Commission for Competition Law and Commercial Law.

In addition to his special commitment to family businesses, Ulrich Herfurth is also involved in several other tasks, for example as Deputy Chairman of the Council of the foundation SüdniedersachsenStiftung, as well as a member and promoter of business initiatives and universities.

2003 Founding member of the Venture Capital Club Hannover;
2004 Founding member of the BioBusiness Club Göttingen;
since 2004 Co-Founder and Deputy Chairman of the Supervisory Board of the SüdniedersachsenStiftung (Southern Lower Saxony Foundation)
2005-2007 Chairman of the Steering Committee for the Development of the Southern Lower Saxony Region;